Newburgh-on-Ythan Golf Club was founded in 1888 and was originally a nine hole course of 1 mile and 401 yards in length. The course was laid out on the Newburgh Links which is located just East of the village between the Foveran Burn and the River Ythan. The original patron of the Club was John H Udny of Udny, who remained President of the Club until the outbreak of World War II.

On 7 September, 1912, an eighteen hole course was opened on the same area of Links ground but after the First World War it returned to being a nine hole course, the design of which is credited to a Mr McAndrew, who was a professional at Cruden Bay, a short distance north of Newburgh.

In the early 1920s the Golf Club was known as the Golf and Tennis Club, a pavilion and tennis courts being located just over the Foveran Burn at the edge of the Golf Course. From those days until the outbreak of the Second World War the Club enjoyed a strong membership.

In 1947, the club was reborn and has enjoyed the use of the nine hole course up until 1994 when new land was purchased to the south of the old course on the Foveran Links. Assisted by Greens of Scotland, who designed the new nine holes, and Glen Andrews, who constructed the greens and bunkers, the course was extended to a challenging 18 holes. This new course was opened in April, 1996.

The membership of the Club has grown steadily over the years and April 2001 saw the official opening, by Open Champion Paul Lawrie, of a long awaited New Clubhouse, built on ground adjacent to the First and Tenth Tees 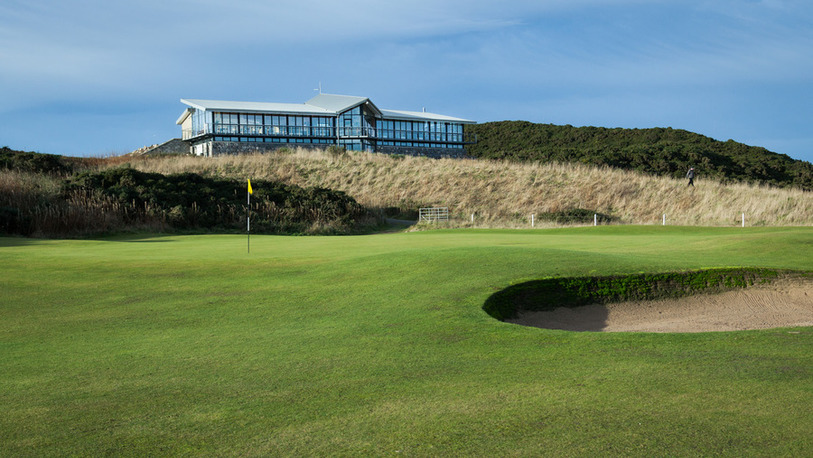