Kenwick Park isn’t quite in the same golfing league as neighbouring Lincs superstar Woodhall Spa but nevertheless it’s still Premier League material. The course has made great strides since being opened by former Ryder Cup captain Mark James in 1992 and is majestically plotted over 190 acres on the edge of the Lincolnshire Wolds. Kenwick boasts a sparkling array of holes, many involving water, and should be in great condition at this time of the year.

One of golf’s greatest pleasures is walking among some beautful surroundings and this is most certainly true of Kenwick Park Golf Course. The golf course nestles in quiet seclusion in a designated area of natural beauty on the very edge of the Lincolnshire Wolds.

Kenwick Park Golf Club was designed by Patrick Tallack and opened in 1992 by former Ryder Cup Captain Mark James, it presents the golfer not only with 18 challenging holes but also with the feeling of being away from the hustle and bustle of every day life.

If you can find some of the tight of fairways, good scores can be had round Kenwick Park, especially on the true greens. 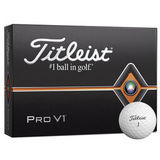